You are here: Home

Thank you for visiting my site.  In a career that includes more than 20 years as a writer, I have selected a dozen stories that continue to resonate with me, as well as with readers who have written to me about them. Click on a thumbnail or link to read the full article, and discover why each holds a special place in my heart. 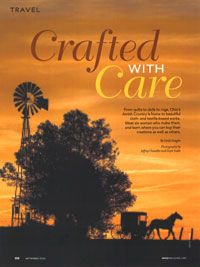 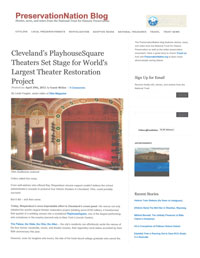 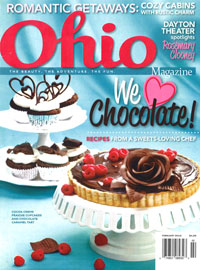 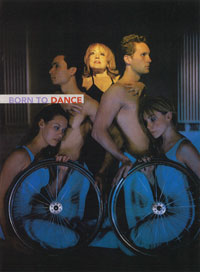 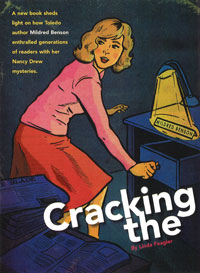 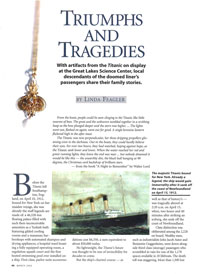 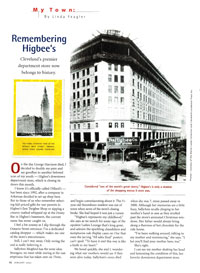 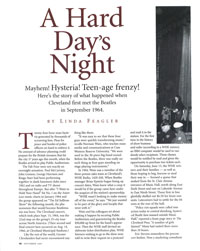 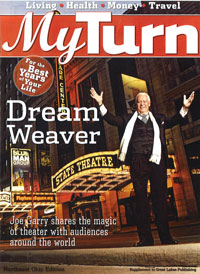 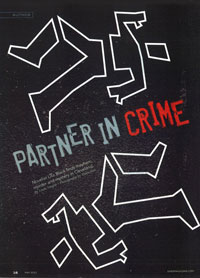 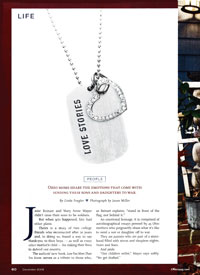 Why are these my Favorites?

Tourists around the globe are fascinated by members of Ohio’s Amish communities who maintain a lifestyle akin to the one their ancestors lived centuries before. In addition to making their own clothes and tilling the land on the family farm, the women who share their stories here are exquisite artisans whose talents are the envy of our technological world.
To the article

The historic theaters comprising Playhouse Square — the second-largest performing arts center in the country outside of New York’s Lincoln Center — hold a venerated place in my heart. Their grandeur never fails to take my breath away. The story of how these magnificent venues were saved from the wrecking ball is one I never tire of telling.
To the article

Bev Shaffer’s luscious chocolate desserts deserve space atop the Basic Food Group pyramid. “I love everything about [chocolate],” she says. “The sheen of it, the lure of it. Every time I take a lick, I feel like a child again.” Don’t we all?
To the article

I edit and write a magazine called My Turn, designed for readers over 50. No staid, senior-citizen publication, My Turn celebrates the boomer-and-beyond generation I call “seasoned” citizens. After all, most of the kids who danced nude in the mud at Woodstock are only in their 70s. Clearly, there’s still plenty of fire left in the furnace!
To the article

I can’t resist a good whodunit, and novelist Lisa Black never disappoints in her series of mysteries set in Cleveland. Black is no stranger to crime. By day, she’s a fingerprint analyst for a police department in Florida.
To the article

In my work as senior writer and editor at Ohio Magazine, I interview dozens of authors each year whose words touch my heart. But writing this piece about mothers who wrote essays about seeing their sons and daughters off to war was particularly poignant for me. It was the first and only time I’ve cried while conducting an interview.
To the article

I am awed by the talents of Mary Verdi-Fletcher. Despite being born with spina bifida and living much of life from a wheelchair, she was determined to make her dreams come true despite what would be insurmountable odds to most of us.
To the article

Ever since I read my first Nancy Drew book in Mrs. Bent’s second-grade class, the plucky teen detective has been one of my favorite sleuths. So of course I was thrilled to learn that Mildred Benson, who penned the first 23 books in the series, spent most of her writing career as a newspaper reporter in my native Ohio.
To the article

Before Leonardo DiCaprio and Kate Winslet made the Titanic a movie star, a variety of artifacts from the doomed liner were recovered from the bottom of the Atlantic. When they were on display in Cleveland, local descendants of passengers shared their family’s stories with me.
To the article

Cleveland’s premier department store — featured prominently in the movie “A Christmas Story” as the place where Ralphie visits Santa — closed its doors after an opulent history that spanned more than 70 years. I visited the store — along with ghosts of my past — to say goodbye shortly before the emporium disappeared into the mists of yesterday.
To the article

I had a blast tracking down the people who helped make the Fab Four’s 1964 visit to Cleveland one that rocks on for those who were there.
To the article

The first thing that strikes you about first baseman Jim Thome is his knack for putting people at ease with a humble, down-home friendliness that’s rare in baseball circles. When I interviewed him in 1998, he was coming off the thrill of being a member of the Cleveland Indians team that made it to the World Series.
To the article